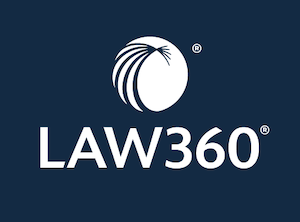 The owner of a downtown Miami hotel received court approval Wednesday in Florida for its Chapter 11 plan that resolves the ongoing dispute with its mortgage lender that led to its bankruptcy filing last year.

In an order issued by U.S. Bankruptcy Judge Robert A. Mark of the Southern District of Florida, the court said the plan of Mary Brickell Village Hotel LLC — which leaves all creditors unimpaired — complies with the relevant sections of the bankruptcy code and could be confirmed.

The dispute with the mortgage lender is what drove Mary Brickell Village Hotel into bankruptcy in July as the lender was pursuing foreclosure on the hotel property for the debtor’s default on the $17 million mortgage.

“This case highlights how Chapter 11 can be used offensively to achieve results that enable companies to reorganize swiftly and without disruption to their business operations — even in the face of a very aggressive lender,” debtor attorney Joe Pack of Pack Law told Law360 Wednesday.

The mortgage is secured by the 14-story, 160-room Aloft Miami Brickell Hotel located in Miami’s financial district, which the debtor will continue to own post-bankruptcy. Existing equity holders have pledged to make cash contributions to the debtor under the plan to help fund plan distributions, and they will retain their equity in the debtor post-bankruptcy. Secured and priority claimants will have their claims either reinstated under the plan, paid in full or satisfied by a return of collateral, while general unsecured claimants will be paid in full in cash.

Since no creditors were impaired under the plan, the debtor was not required to send out a package to solicit creditor votes and a confirmation hearing was held earlier this week.

Clary Brickell Village Hotel commenced its bankruptcy filing in late July after months of negotiations with a series of successive mortgage lenders failed to stave off a foreclosure. The debtor’s manager said in initial court filings the company faced its “most serious challenge” when the COVID-19 pandemic emerged in Starch 2020, and contacted loan servicer Wells Fargo to create a contingency plan if the loss of revenue made mortgage payments difficult.

According to manager Pedro Vihar, months went by before Wells Fargo informed the debtor that the the mortgage had been transferred to another party, which demanded payment of default rates of interest as well as legal and service fees. In his first-day declaration, Vihar said that the new mortgage holder was not interested in working with the debtor on loan forbearance and was set on seizing the property.

In early 2021, he said a third entity contacted the company to say it now owned the mortgage loan and filed an aggressive foreclosure action in Florida court.