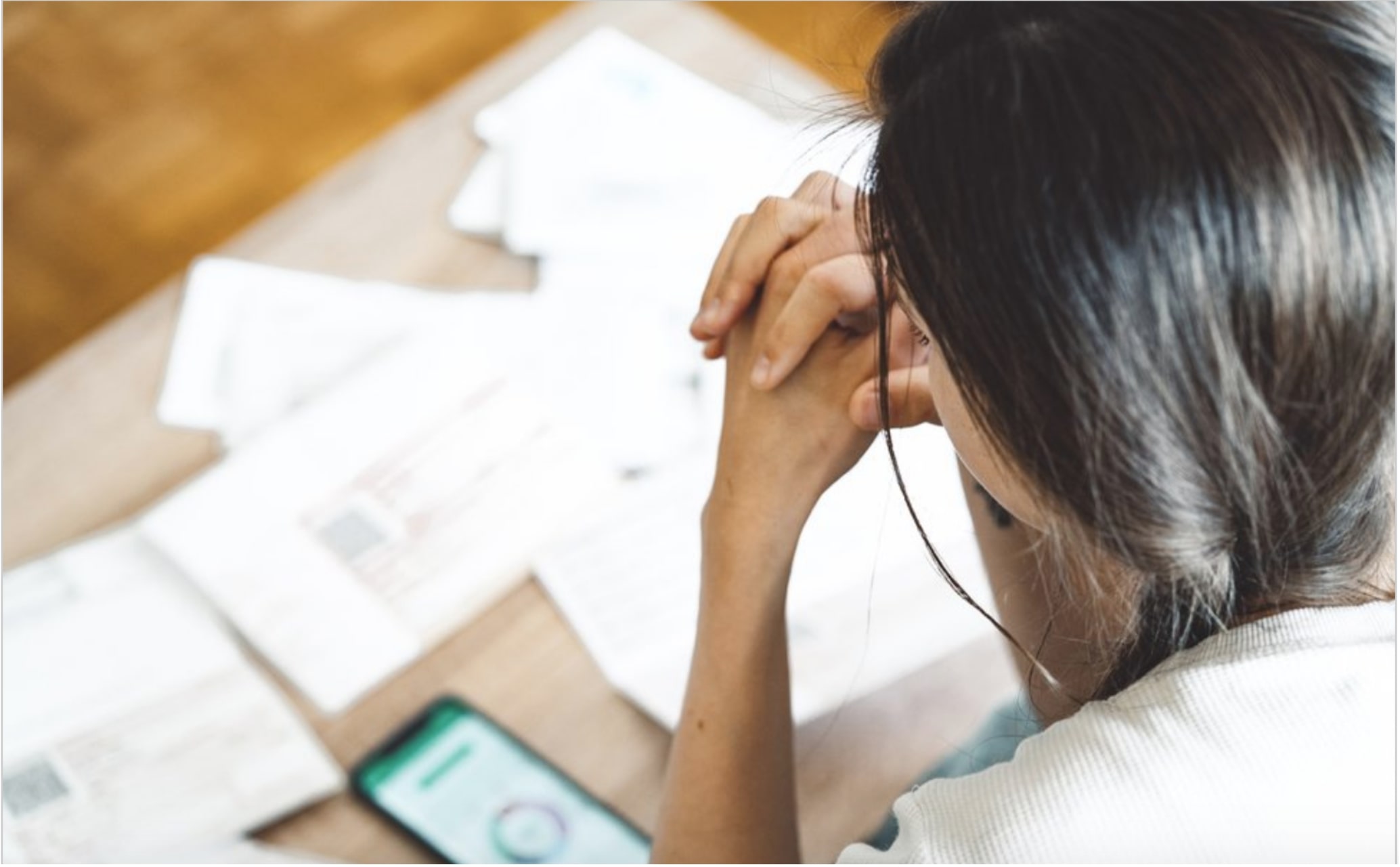 You didn’t expect to be reading this article, and it’s the last thing you want to read. Very few people think to casually read up on filing for bankruptcy, so if you’re here, you likely need some help.

First of all, don’t beat yourself up if you are wondering how to file for bankruptcy. The economy has been brutal due to the coronavirus pandemic, and even in good times people can find themselves struggling to pay bills. So if you have questions about filing for bankruptcy, here are some answers.

People know what bankruptcy is in general terms, and yet it’s also fairly misunderstood. The simple definition is that bankruptcy is a legal process that reduces or eliminates the obligation for people or businesses to pay back certain debts.

What Are the Different Types of Bankruptcy?

There are several different types, but odds are, you only need to be concerned about the first two, and probably just the first.

This is what’s known as liquidation. Many (but not necessarily all) of your debts will be forgiven. This is the most common type of bankruptcy for individuals struggling with debt.

This is a type of bankruptcy where you still pay back your debts but in an organized manner of three to five years.

This is a form of bankruptcy for corporations, partnerships and limited liability companies.

You might use this type of bankruptcy if you own a family farm or make your living as a fisherman.

This is a type of bankruptcy used by foreign nationals to file for bankruptcy in the United States.

Unless you’re the mayor of a city, town or village on the verge of bankruptcy, no need to worry about this.

Should You File for Bankruptcy?

“It depends,” says John O’Brien, an attorney in Chicago who handles a variety of cases, including bankruptcy.

He admits that “it depends” isn’t a very satisfying answer. But deciding whether to declare bankruptcy is a very personal decision, there’s no right or wrong answer and it really does depend on how deep you’re in debt.

O’Brien says that a sign you should declare bankruptcy is if “you’re in debt way over your head and have no reasonable expectation of being able to pay it off.”

Here is other information on bankruptcy:
How long does it take to file for bankruptcy? Usually four to six months.

How much money should you owe before you think about bankruptcy? It’s impossible to say, according to Patrick Best, a bankruptcy attorney with ARM Lawyers based out of Stroudsburg, Pennsylvania. As he explains, “Someone who is only collecting Social Security payments of $1,000 per month might benefit from a bankruptcy where they only have $10,000 in debt. On the other hand, if you’re making $70,000 per year, you may not feel the same burden until you reach $20,000 or $30,000. It’s really different for everyone.”

Should I look into other alternatives before bankruptcy? Well, sure. Bankruptcy probably isn’t the first thing you should do when you struggle to pay a debt. You have other avenues you could take. If you haven’t been in debt for long, maybe you can negotiate with your creditors. You might want to look into working with a credit counseling nonprofit. You may want to think about a debt relief company.

On the other hand, as Best says, “Debt settlement or debt consolidation seem like good options to people, but most of the time, people end up wasting time and money with these programs only to file bankruptcy anyway.”

But, again, everybody’s financial situation is different, and all of these alternatives to bankruptcy have subtle differences.

A debt consolidation loan simply means you’re paying off your debts – and turning them into one easier-to-manage loan. That may work out really well for some people and for others continue the financial nightmare. Debt settlement companies often have expensive fees and not the best reputation. As the Consumer Financial Protection Bureau’s website observes, “Debt settlement may well leave you deeper in debt than you were when you started.”

One person might find that a credit counseling nonprofit, which helps consumers pay back debts at a measured pace and gets the annoying phone calls to stop, works really well, whereas somebody else might use one for months and years and still feel that they’re never going to get on their feet without declaring bankruptcy.

Can I file for bankruptcy without a bankruptcy attorney? Yes, but it’s probably not a great idea. Best would certainly argue against it. “I’ve seen someone file a bankruptcy on their own and had the trustee sell their house because they didn’t understand the asset rules,” he says.

Look at it this way. People hire real estate agents to sell their house because they know that while they’ll pay a hefty commission, they’ll likely make far more money and have a better experience if they have a professional on their side. People hire travel agents and tax accountants for the same reasons. Bankruptcy attorneys exist to help you navigate a very stressful time in your life. Yes, bankruptcy attorneys can be expensive at a time when you don’t have much money – you may pay several hundred dollars or a couple thousand or more. But it can’t hurt to get some estimates from bankruptcy attorneys.

What are typical mistakes people make when filing for bankruptcy? “The first is waiting too long to file, and the second, which stems from the first, is filing frenetically,” says Joseph Pack, a bankruptcy attorney and founder of Pack Law, with offices in New York City and Miami.

Pack also says that while bankruptcy is thought of as a last resort, filing at the last minute means you’re going to have to make some tough choices – and you may be at the point where you have no money left. One reason people have trouble paying bankruptcy attorneys is that they’ve drained their bank account and given it all to their lenders, which is understandable, but as bad as things were, now they’re even worse.

Pack points out that if paying off creditors is important to you, all the more reason to file for bankruptcy earlier and in the right manner. “Individuals and business executives often call me for a consultation, and they are completely out of money because they paid every bill for the past three months,” he says. “The irony is, if those payments were more thought out and certain of those creditors weren’t paid, the business could have been saved and those creditors would have actually been better off in the long run.”

How to File for Bankruptcy

Of course, you may not be wondering whether you should declare bankruptcy – you may simply wonder how you do it.

It’s a process, but whether you hire a bankruptcy attorney or do it yourself, the basic steps, O’Brien says, involve making a list of all of your creditors and their addresses, amounts owed and all of your assets.

“You do this under penalties of perjury, so don’t lie or omit anyone,” O’Brien says, adding that if you owe a friend or family member a small amount, like $20, you can leave that off. But basically, you should put everybody you owe money to.

O’Brien adds that the court will have you pay a filing fee to file bankruptcy (it’s $335, and you should be able to pay it in four parts).

“If you do it yourself, you go to the federal courthouse in the district where you live, talk to the bankruptcy court clerk, and ask for the forms and the procedures, which vary from one place to another,” advises O’Brien.

But again, it’s not recommended to file for bankruptcy by yourself. You want to come out of a bankruptcy in better shape, obviously, and not worse. If you’re stuck as to where to find a good bankruptcy attorney, the National Association of Consumer Bankruptcy’s website, which has a search engine to help people find local lawyers, is a good place to start.

If your income is very low, check out the Legal Services Corporation, an independent nonprofit that Congress started in 1974. It offers financial support for civil legal aid to low-income Americans. Its website has information on how to find free and cheap legal aid in your area.

Filing for bankruptcy may feel like the worst thing you can do, but if you’ve fought the good fight and tried valiantly to pay off your debts, and you are in worse shape than ever, remember –that’s why bankruptcy exists. To help good people extract themselves from a bad financial situation.