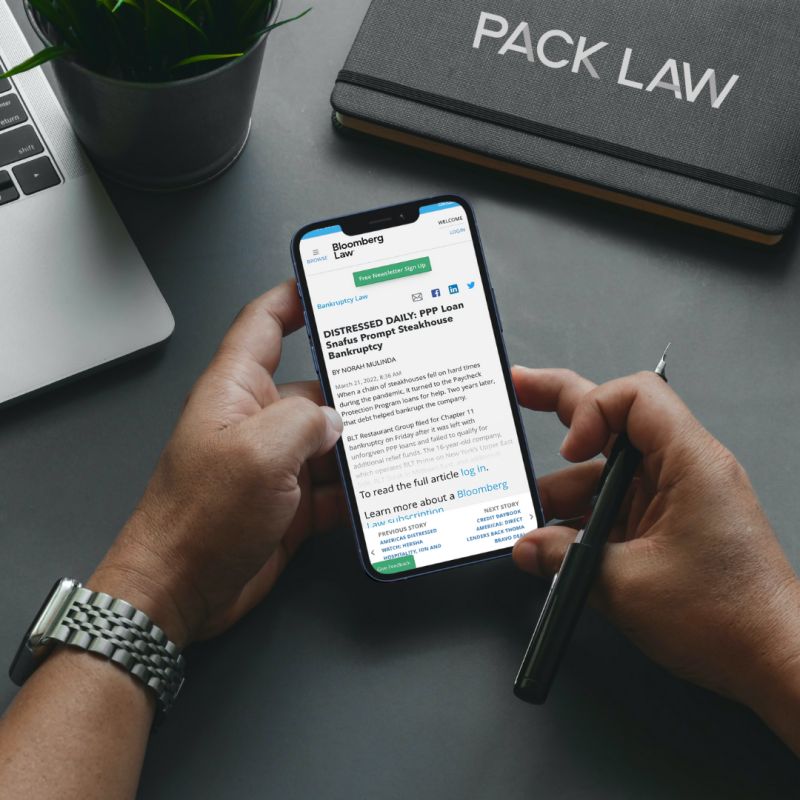 (Bloomberg) — When a chain of steakhouses fell on hard times during the pandemic, it turned to the Paycheck Protection Program loans for help. Two years later, that debt helped bankrupt the company.

BLT Restaurant Group filed for Chapter 11 bankruptcy on Friday after it was left with unforgiven PPP loans and failed to qualify for additional relief funds. The 16-year-old company, which operates BLT Prime on New York’s Upper East Side, BLT Steak in Midtown East, and additional restaurants from Charlotte to Seoul, halted most operations during the pandemic, and turned one of its New York locations into a relief kitchen for healthcare workers.

The company initially received a $3.3 million PPP loan, most of which went directly to payroll, according to court papers. About 40% of the initial loan was forgiven, but BLT lost some $7.6 million in 2020, and still owed $1.3 million on its borrowings because it wasn’t able fully open its restaurants to comply with loan forgiveness terms. It applied for a second PPP loan, but was subject to a cap of $2 million under Small Business Administration rules, instead of the $3.4 million the company believes it was entitled to. Adding to the pinch, BLT was denied funding from the Restaurant Revitalization Fund, from which it believes it could have received more than $7 million in funding.

BLT fought to stay open with hopes that Congress would grant additional funding for the Restaurant Revitalization Fund and extend forgiveness terms on its first PPP loan. “With the passage of the recent budget bill those hopes are no longer reasonable and the debtor has no other option than to file for bankruptcy,” court documents state. The company believes the stringent forgiveness terms it was subject to were “contrary” to Congress’s intent.

It’s rare to see a debtor taking an offensive stance against the government regarding PPP loan forgiveness, said Joe Pack, founder of Pack Law, a firm that specializes in Chapter 11 restructuring.

Most commonly controversy revolves around “how forgiveness applies in the context of a bankruptcy, and or a bankrupt entity’s ability to access PPP funding,” Pack said. “This case is precedental because I think that there were a lot of people who felt that they were unfairly shut out of PPP, and this could be a door opener for relief for those parties.”