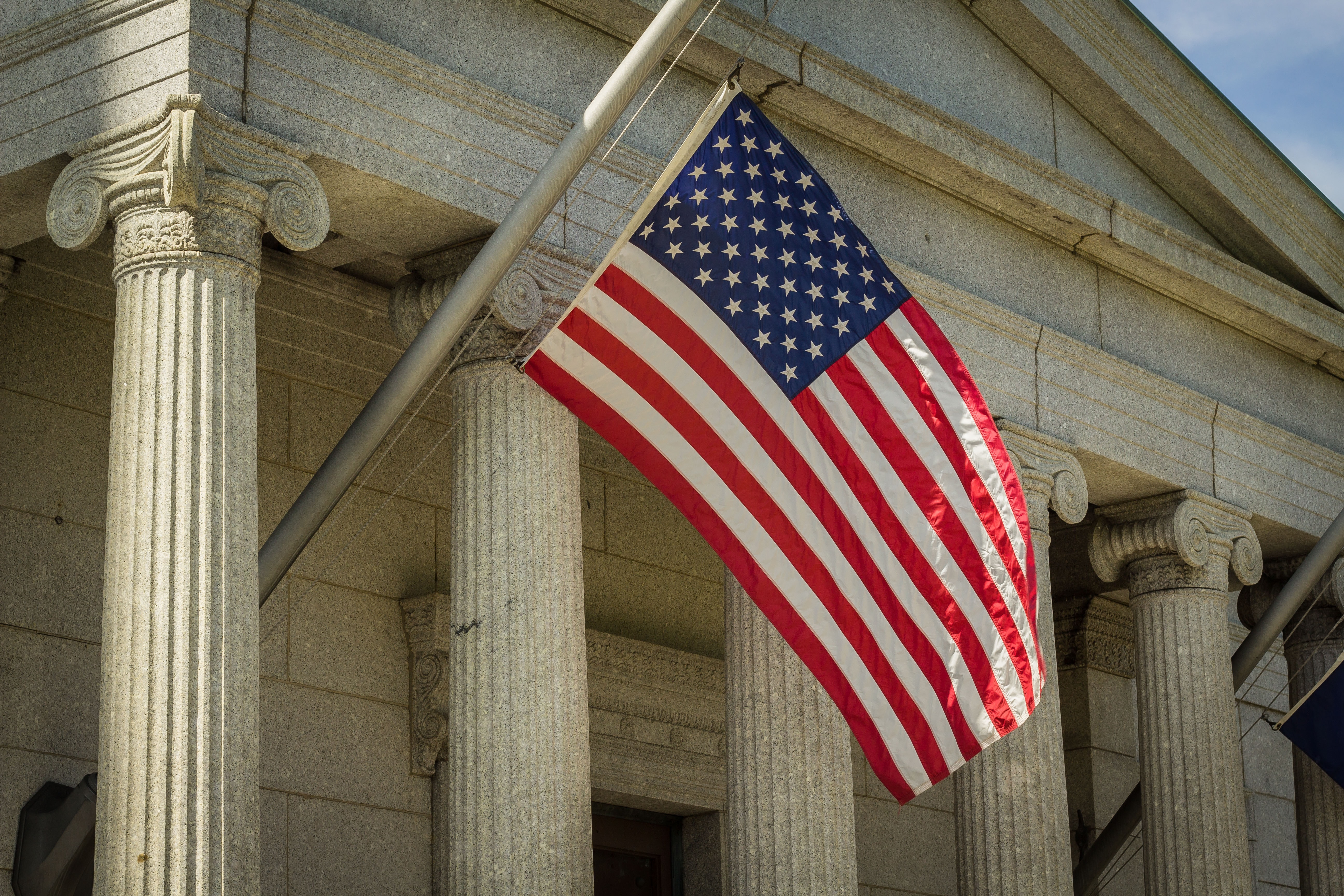 The U.S. Court of Appeals for the Eleventh Circuit recently held that an individual Chapter 11 debtor had standing to assert that his 13th Amendment rights against slavery and involuntary servitude were violated when the bankruptcy court appointed a trustee to manage the debtor’s estate.

The case, Breland v. U.S., has been remanded to the U.S. District Court for the Southern District of Alabama for resolution, and is indicative of a growing trend in federal courts to hear the merits of a more diverse set of legal issues, especially constitutional ones, instead of brushing them aside for want of standing.[1]

In Chapter 11, the Bankruptcy Code confers certain rights upon the bankruptcy trustee, who serves as an agent of, and fiduciary to, the bankruptcy estate. The trustee is legally mandated to exercise his or her business judgment in the best interest of the estate’s stakeholders.[2]

Breland objected to the trustee appointment, arguing that the appointment violated his 13th Amendment right against slavery and involuntary servitude.

More specifically, he argued that the Bankruptcy Code Section 1115 requirement that his post-petition income becomes property of the estate, when taken in conjunction with the fact that the appointment of the trustee removed his right to convert his Chapter 11 case to Chapter 7, involuntarily forced him to work solely for his creditors’ benefit.[4]

The bankruptcy court dismissed his argument for lack of standing, holding that his objection was unripe.[5] In the view of the bankruptcy court, the trustee had not yet put forward a plan that arguably made him an involuntary servant, so it was not timely to resolve the issue.[6]

The bankruptcy court noted the well-established prohibition against federal courts issuing advisory opinions and declined to determine whether a hypothetical plan would violate his constitutional rights.[7]

On appeal, the U.S. District Court for the Southern District of Alabama similarly dismissed the claim, but on the ground that Breland had not suffered the requisite injury-in-fact to be granted standing.[8]

The district court held the mere appointment of a trustee was not an injury because, both before and after the appointment, Breland’s income became property of the estate, his ability to convert to Chapter 7 had some limitations and his post-petition income could —but not necessarily would — be used to fund a hypothetical Chapter 11 plan.[9]

Because his position was, in the court’s view, similar both before and after the trustee was appointed, the court held that he had not suffered the requisite injury to confer standing.[10] Breland appealed the district court’s ruling to the Eleventh Circuit.

To accent its point, the court enumerated some of these powers, including the power to hire professionals and use, sell and lease property of the estate in the ordinary course of business, all without bankruptcy court approval.[11]

With court approval, the court noted that Breland had even greater power to accept or reject executory contracts and unexpired leases, bring avoidance actions, and even use, sell or lease estate property outside the ordinary course of business.[12]

Disagreeing with the district court, the Eleventh Circuit held that Breland’s loss of his powers over the bankruptcy estate as debtor in possession constituted injury-in-fact to provide Breland his standing to assert his 13th Amendment challenge.[13]

Evidently, the mere loss of certain property rights granted to debtors in possession, as enumerated above, is a sufficient injury to confer standing to argue one is being made into an involuntary servant or slave. The Eleventh Circuit remanded the case to the district court to determine whether Breland’s 13th Amendment rights were indeed violated.

It is important to note what this holding is and is not. The Eleventh Circuit did not declare that the trustee system in Chapter 11 violates individual 13th Amendment rights.

The decision is merely a holding that Breland has standing to pursue the argument on the merits, and that the argument was ripe prior to the proposal of a plan of reorganization purporting to distribute the funds — i.e., the funds being fruits of Breland’s labor — to parties in interest without Breland’s say.

This case is indicative of a larger trend in the federal judiciary that should not be overlooked. Federal courts, under Article III of the U.S. Constitution, will only hear a case if

the plaintiff has standing, which requires three things: injury-in-fact, meaning a concrete, particularized harm, which was the main issue in the Breland case; traceability, meaning the injury can be linked to the defendant’s conduct; and redressability, meaning a favorable ruling will resolve the injury.[14]

While federal courts have traditionally been stingy with these requirements, there is a growing movement in the judiciary that seems to be expanding standing rather dramatically. For example, on March 8, the U.S. Supreme Court in Uzuegbunam v. Preczewski,[15] held with an 8-1 majority that even nominal damages of $1 could satisfy the redressability prong of the standing test.

While Justice Clarence Thomas’ majority makes clear that redressability alone does not confer standing, as it is only one of the three elements, this decision from the Eleventh Circuit demonstrates that the injury-in-fact element may also be more lax than many previously thought.

Indeed, the injury in Breland was real — the loss of certain rights as debtor in possession; it was traceable to the complained of conduct — the rights were lost as a result of a trustee being appointed; and it was redressable — as an order vacating the trustee’s appointment would solve the injury.

The nexus between the injury and the claim here was rather attenuated, however. If any change in circumstance confers injury sufficient to allege a constitutional violation, regardless of what that injury may be, it is not hard to imagine the judiciary becoming routinely bogged down with all manner of constitutional complaints.

Indeed, we now know that losing rights as debtor in possession is a bone fide injury, but what that injury has to do with the claim of being made an involuntary servant, however, is not readily addressed by the Eleventh Circuit.

Does Breland have standing to assert the appointment of a trustee violates his 14th Amendment rights to privacy or to petition for redress? Why should he be barred from having the merits reached on any constitutional right as long as he suffered an injury that can be traced to the trustee’s appointment?

As this trend of loosening the standing elements grows, we could see more and more issues resolved in the courts that in a bygone era would have been dismissed without consideration at all.

This case has been remanded, meaning the district court will now resolve the issue of whether the Chapter 11 trustee system could violate an individual’s 13th Amendment rights, and whether it did so here. Flavors of this argument have been addressed by lower courts in the Eleventh Circuit and elsewhere, but typically fail at the standing stage.[16]

The argument is nevertheless relatively novel and certainly one of academic and practical interest. No circuit court has addressed the tension between the 13th Amendment and the Chapter 11 trustee system to date. In fact, the Eleventh Circuit panel said it was “oh-so tempting” to resolve it themselves.[17]

The court declined to do so, however, reasoning that the lower court decisions were without prejudice, and taking up the merits on appeal would result in a holding that was with prejudice. So, back to the district court the case goes. Because challenges like this one often die at the standing stage, this case is a rare opportunity to see a 13th Amendment challenge addressed on the merits.

As stated above, bankruptcy is generally understood as a privilege granted by the government, and a much more favorable outcome to the debtors’ prison that was long ago the fate of those who failed to pay their creditors.

More so than rights, privileges often come with strings attached. Subjecting someone who voluntarily petitions for bankruptcy to the plan of a trustee after the debtor has demonstrably breached their duties to their creditors is likely a permissible string, so to speak.

The fact that the debtor loses their unqualified right to convert their Chapter 11 reorganization to a Chapter 7 liquidation under Section 1112 of the Bankruptcy Code is a trickier issue, however, as this was the key in the U.S. Bankruptcy Court for the District of New Jersey’s 2009 decision In re: Clemente.

In that circumstance, there is a very real argument that the debtor has been stripped of any escape and is indeed involuntarily working solely for their creditors’ benefit without any say as to benefits the debtor could or should reap from doing so.

The mere fact that a bankruptcy was voluntary to begin with may be of no defense, because what starts as voluntary case may become involuntary with changes in circumstances. To analogize, in the U.S. we generally do not enforce personal services contracts with forced performance on 13th Amendment involuntary servitude grounds.[18]

Finding a 13th Amendment violation would likely be difficult for the courts to resolve and may require congressional action in amending the Bankruptcy Code to adequately address.

Breland: One to Watch

Chapter 11 is a privilege enjoyed by American citizens and businesses, not a right. To avail oneself of its benefits, one must play by its rules. That means, among other things, candor, honesty and good faith. If Breland did not demonstrate those things, one would think that this case should be dead on arrival and serve merely as an, “Oh, that’s an interesting argument for constitutional law class.” However, that does not lessen this decision’s impact, not only for bankruptcy proceedings, but for all federal cases.

This specific case is certainly one to watch in the short term, as it could have large ramifications for the bankruptcy system. The larger trend of expanding standing, however, could have an impact on nearly every aspect of American life.

If the trend continues and federal courts find themselves more willing to relax all three elements of standing, we very likely could find a world where the federal judiciary is even more prevalent than it already is, and Justice Roberts’ warnings of advice columnist judges could become a new normal.

Joseph Pack is the founder and managing partner, and Jessey Krehl is an associate, at Pack Law.

The opinions expressed are those of the author(s) and do not necessarily reflect the views of the firm, its clients or Portfolio Media Inc., or any of its or their respective affiliates. This article is for general information purposes and is not intended to be and should not be taken as legal advice.

Photo by Bonnie Kittle on Unsplash